These images, especially the most recent Seckford image, suggest a square structure. Additionally, the fact that the Red Bull was in part built on an existing, reconverted stable strongly suggests a square structure. Add to this the fact that the first Fortune, which was square, was both the closest playhouse and the most recently built when the Red Bull was erected, and the argument for a square Red Bull seems likely. The stage, however, stood at the western side of the playhouse, and the eccentric angle of the southern perimeter is inconsistent with a convenient (or even a logically placed) sight line. 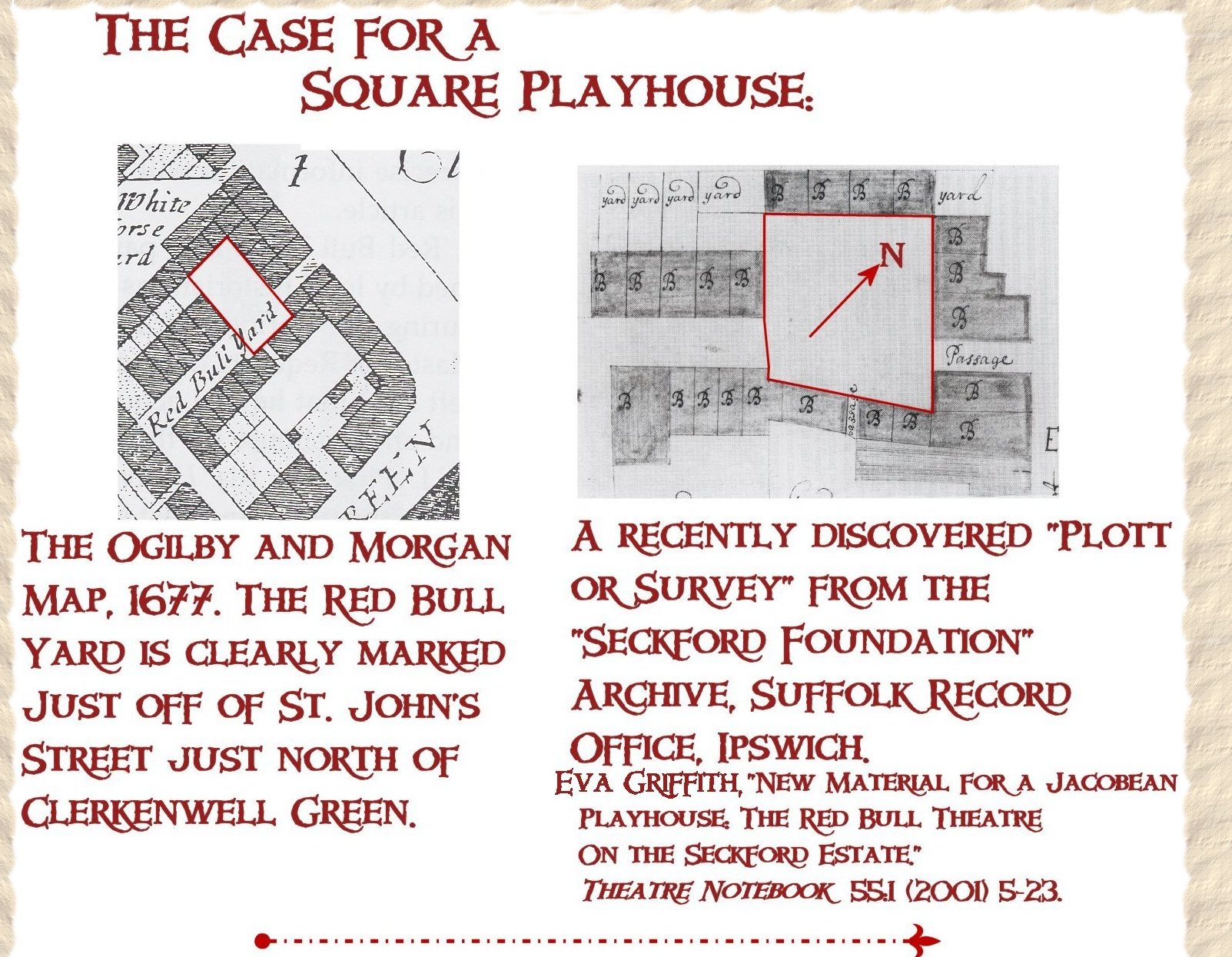 The following image appeared with an article entitled "The Death of the Red Bull" by William Van Lennep (16 Theatre Notebook (1962) 126-34). It appears at plate 4, page 123 of that number. I have not been able to locate the R. Newcourt map, but the two boat bows in the upper right of the engraving indicate a body of water, probably the Thames, which makes this illustration seem suspiciously like that of the Hope with stage removed. A remarkable find, to be sure, but it is unlikely to be the Red Bull. Still, the Red Bull could have been round. Evidence exists of semi-round and semi-circular stables in England, one of which might have stood at the Clerkenwell location and furnished the Red Bull with the beginnings of a circular profile. 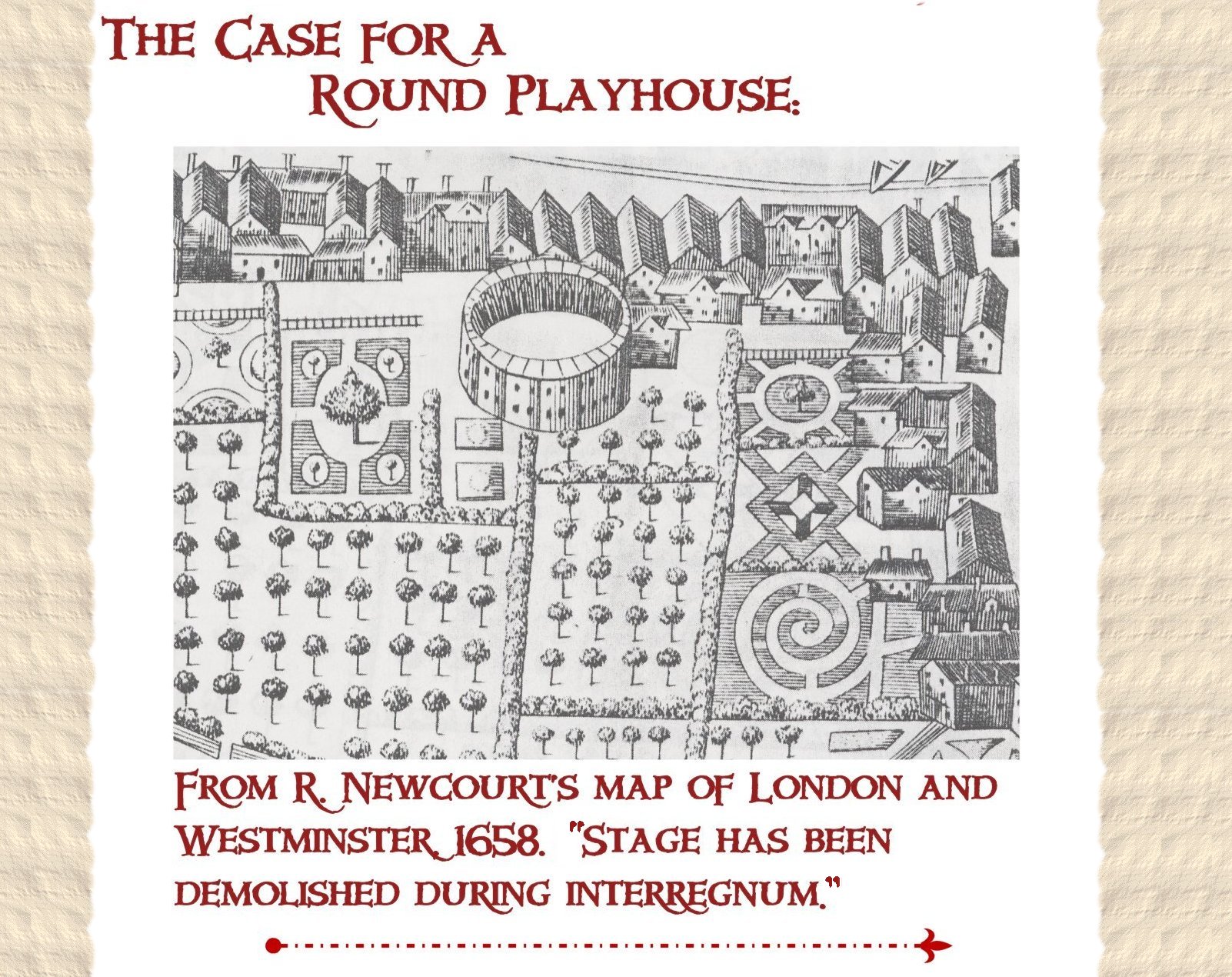 Because the Seckford Plot depicts the area after the demolition of the Red Bull, and because the houses surrounding it grew up after its construction, it is possible that a round playhouse did exist there. The eccentric angle on the south side of the structure was necessitated when developers chose to link the western row of structures with the eastern. The southerly line of dwellings might have been built on the oblique in order to skirt the playhouse as illustrated here. 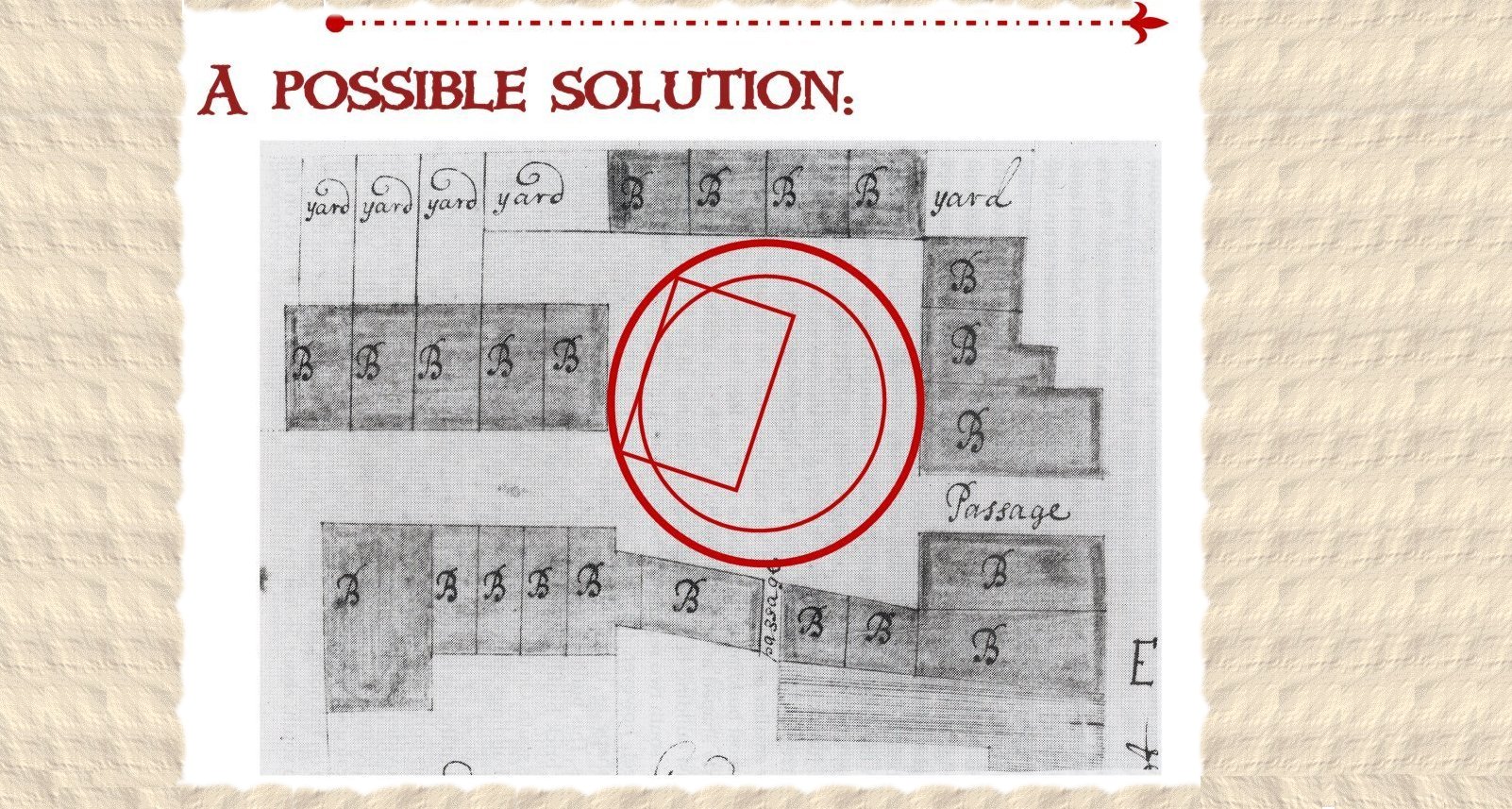 Nevertheless, a square structure with a stairwell might also account for the peculiar angle of the southern row, as illustrated here:

If, however, the Seckford plot/survey accurately depicts the shape of the playhouse, we are left to imagine a structure similar to the following illustration: 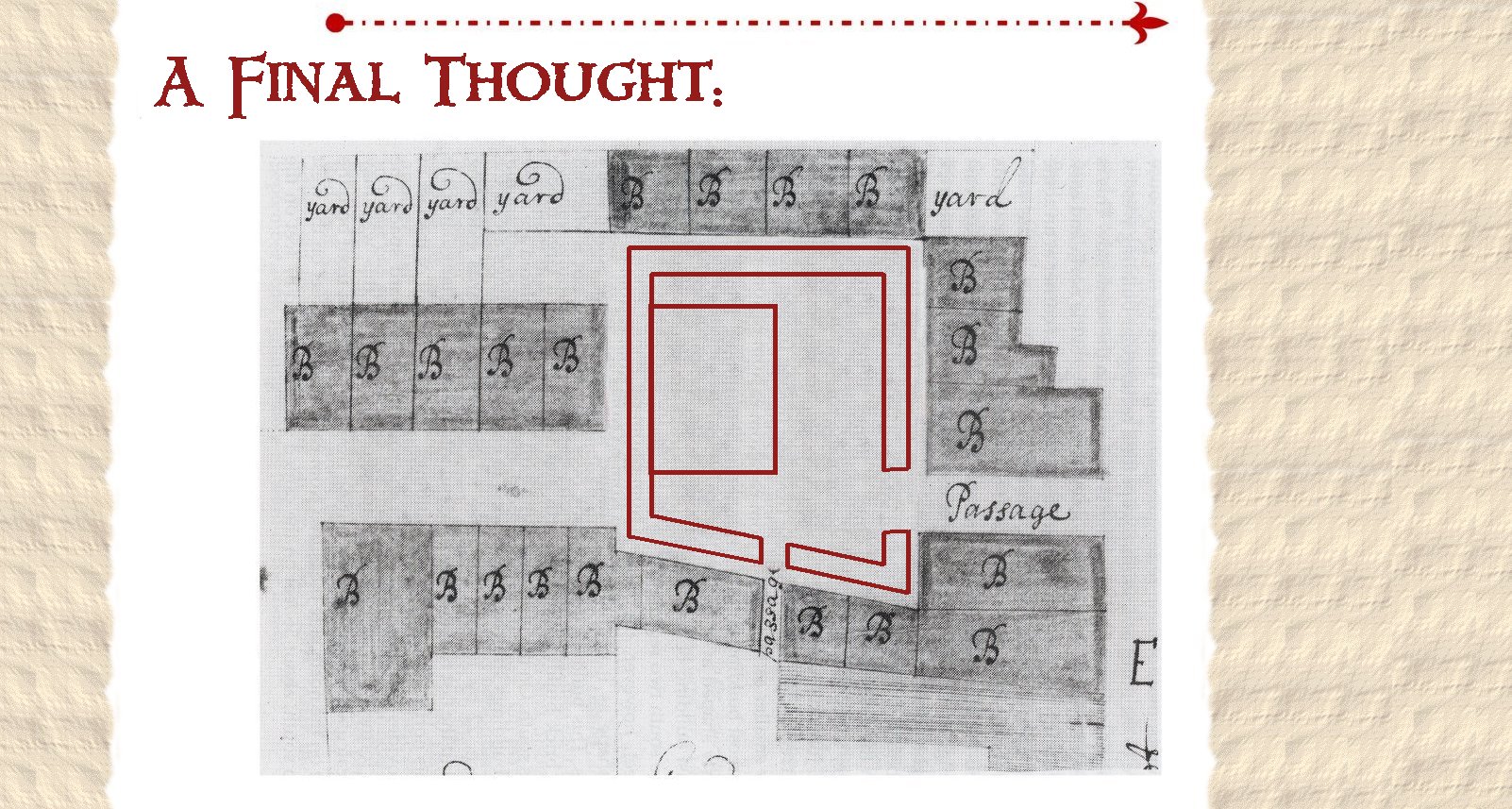